Carpet flooring not only enhances your home's interior furnishings, but it is also a great way of insulating various rooms in your house by keeping the floors warm. However, if not well maintained, carpeting is one of the areas of your property that is susceptible to a mould infestation.  When some homeowners think of mould, they tend to assume that it will only present itself on the walls. The reality is that mould can grow anywhere there is constant dampness, and once it establishes a foothold in residence, it can be complicated to eliminate. Thus, it is prudent to know how to spot the signs of mould before it gets a chance to spread to the different rooms in your structure. This article highlights some of the signs that would be indicative of carpet moulding in your home.

1. A lingering musty odour in your home

As aforementioned, mould will thrive in areas that are consistently damp. This dampness would cause the space to smell musty, especially if the room is enclosed. Some people may not notice the musty odours since their sense of smell would be desensitised to it by staying on the premises for prolonged periods of time. Nevertheless, if you have visitors who comment on the musty odour, you may want to consider inspecting your carpeting for signs of mould and mildew.

2. There is an increase in allergic reactions

One of the main reasons why it would be prudent to determine if you have a mould infestation is that it left undeterred, you could severely compromise the health of all the inhabitants of the premises. As the mould breeds, it releases fungal spores, which circulate in your indoor air, significantly compromising the quality of the air you breathe. Moreover, once the spores are inhaled, they can be the root cause of a myriad of respiratory issues. Furthermore, they can cause an allergic reaction in individuals who have not shown any symptoms of respiratory ailments before. Therefore, if you notice a higher incidence of respiratory issues in the premises, chances are you could have mould in your carpeting.

Carpet cleaning is crucial to keeping them in pristine condition. However, putting stuff on the carpeting before it is completely dry will keep it moist. Damp carpeting is also common in underground rooms such as the basement as these spaces tend to be prone to undetected leaks. Having a wet carpet would substantially increase the chances of developing mould on your property. Left unchecked, you may need to resort to an extensive carpet replacement depending on the extent of the mould infestation. 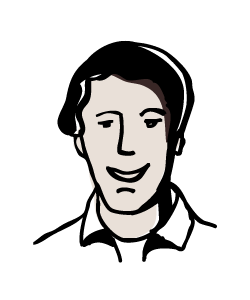 Hello! If you are looking for flooring advice, you have come to the right place! I'm Sammy and my number one passion in life is flooring. It didn't use to be this way. However, when I moved into a new place last year, I noticed that the timber floors needed a lot of work. They were damaged in places and looks pretty beat up. I called in a contractor and asked them to repair or replace the flooring in my home. That is when my life changed forever. The contractor was so nice and friendly, he explained what the problem was and how he was going to fix it. I was hooked and since then, I have learnt all I can about home flooring. I hope you enjoy reading my blog.